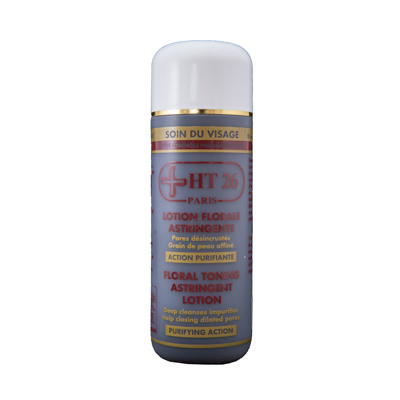 This vitamin-enriched toning lotion mainly consists of flower water. It has a cleansing effect on the skin due to the presence of an active substance well known for its bactericidal properties.

FLORAL TONING LOTION deep-cleanses, removing impurities from the epidermis, and a plant active substance included in the composition regulates the sebaceous secretions and closes the dilated pores.